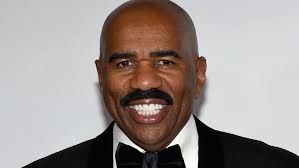 As reported by CNN, the step-daughter of well known television host and comedian Steve Harvey, Lori Harvey, was arrested last Sunday night after an alleged hit and run in Beverly Hills, California.

According to the Beverly Hills Police Department, Lori Harvey was involved in a collision which caused her Mercedes G-Wagon to roll and come to a stand still on it's side.

Lori was reportedly pulled from wreck by the other driver, before allegedly attempting to flee on foot.

Police arrived and arrested Ms Harvey before she was able to get far.

Ms Harvey was apparently dining at Nobu restaurant prior to the collision.

Lori was reportedly charged with misdemeanour hit and run, with a court date yet to be set.

In Queensland, persons in a similar situation to Ms Harvey can expect to be charged with either Careless Driving, formally known as Did Drive Without Due Care and Attention, or Dangerous Operation of a Motor Vehicle, also known as Dangerous Driving.

Early negotiations with Police can often secure the lesser charge of Careless Driving in lieu of the more serious and often imposed charge of Dangerous Driving.

If you need help with a Careless Driving or Dangerous Driving charge in Brisbane or Queensland call the Brisbane Drink Driving Lawyer team today on 1300090210 or click here to submit an online enquiry.