How Illicit Drugs Affect Your Ability to Drive 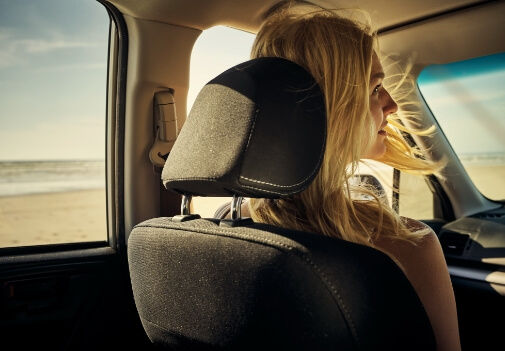 The use of illicit drugs can severely affect your ability to drive safely. When you take drugs, your senses get impaired, and you start to feel intoxicated. Just like driving after drinking alcohol is not safe, driving after consuming drugs is not safe for the driver, passenger, and innocent people on the road.

How Illicit Drugs Affect Your Ability to Drive

Depending on the drug you consume and how they affect your brain, driving can be unsafe. For example, marijuana is known to have a slow reaction time. This means that it can affect the judgement of space and time and lower coordination skills.

Those who have consumed cocaine or methamphetamine before getting behind the wheel can become reckless and aggressive drivers. Lots of illicit drugs can cause dizziness, drowsiness and affect thinking and judgement – the basic cognitive functions. According to studies, marijuana can greatly affect driving skills. Individuals who smoked before driving marijuana showed decreased reaction time, increased lane swerving, and lowered attention to the road. Consuming alcohol with marijuana is worse, causing more impairment. Opioids are also known to affect the ability to stay alert. Together, illicit drugs increase the chances of getting into a dangerous car accident.

Getting into a car accident when on illicit drugs is definitely bad. However, harming other people because of your selfishness and carelessness is worse. Not only do you put yourself at risk, but you also put innocent passengers, drivers, and pedestrians at risk when under the influence of these drugs. Moreover, there is a high likelihood that these individuals may destroy personal or state property when on drugs.

People More Likely to Get Hurt When Driving on Drugs

Research shows that older adults and teenagers are most likely to get hurt due to drinking on drugs. Teenagers are not as experienced and tend to underestimate other drivers on the road or simply not recognise the risks of driving while consuming illicit drugs.

Moreover, teens are known to speed and keep less distance between their cars and other vehicles on the road. When drug use is combined with a lack of experience, the results can be disastrous. In fact, young people between the ages of 16 to 19 mostly die because of car accidents. Another study based on college students found that those who had access to cars were more likely to drive while under the influence of illicit drugs. In fact, 1 in 6 young drivers was responsible for this in the past year. Marijuana was the most used drug, along with prescription pain killers and cocaine.

Moreover, the older individuals get, the more likely they are to use drugs. This can be misused as they may take an illicit amount of prescription drugs. When they reach a certain age, the bodies of these individuals cannot process drugs as quickly as someone half their age. This could lead to intoxication when behind the wheel, eventually leading to a car accident.